At Least 6 Reasons Why Women Get Married! 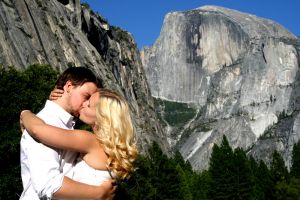 There are many reasons why women get married. There are those that are more common while others are more controversial.

I got married because I strongly believe I found my true love and I want my wife to be my life-long partner. It is a commitment made to her to take care of her forever.

In Korea, I know that women get married because they have to. Of course, there are some who found true love. On the other hand, there are some women who are match-made when they reached a certain age. Their parents will arrange their daughters to meet sons of their friends and the story starts from there.

So this is from the social point of view. Women get married because they have reached that stage in life which tells them they have to get married so that they can have a family really soon.

It is the social norm for them to do so because everyone else in their society is doing the same.

Others got married because of fear of loneliness. They are afraid of growing old without someone to spend time with them.

I know there are some women who got married to men who are like their own fathers. It means their husbands resemble their fathers in terms of character, mannerism and even speech. This could be quite complex to explain. These ladies could have very good relationship with their dads and they made a subconscious decision since young that they wanted to “marry” their fathers.

Maybe I can term this as a sense of familiarity.

Do you know there are fake marriages?

Some divorced soon after marriage so that they can get half of the husbands’ assets.

There are some men who go to foreign lands seeking foreign brides. Marriage ceremony was done in a haste so that the girls can be flown straight to the groom’s country.

In the bride’s country, I have read from newspapers that these young ladies signed up with local match-making agencies in search of a promise land. They have heard of great stories that their peers are doing really well after they got married to a foreigner.

In fact they have no idea what is in it for them. The lucky ones get the caring husbands. The unfortunate ones get abusive men who made them do lots of hard work and treat them like slaves.

So a better lifestyle and a greater sense of hope can motivate women to get married.

For the last reason which is highly discouraged is the reason for the men’s assets. Look around the celebrity world, how many young successful ladies are married to very rich old men.

There are also some young women who choose to marry senior male citizens in their seventies or even eighties so that they can swallow up their life-savings and other inheritance.

So you can see there are many reasons women get themselves committed to saying their wedding vows.

Is this post useful or interesting to you? Do share with me in the comments or discuss this in our Romance-Fire Wedding Forums.

This entry was posted on Sunday, August 26th, 2007 and is filed under Marriage Relationship Advice, Uncategorized. You can follow any responses to this entry through the RSS 2.0 feed. You can leave a response, or trackback from your own site.