I was really tired after a 10km fast walk around a reservoir.

I was feeling pretty low today and my eyes are really tired.

I was really busy preparing for my wedding planning book relaunch by 31/5/08 and there are just so much things to do.

Anyway, here I am browsing through the net looking for wedding news to share.

The previous post on “Weddings For Laughs” received quite a number of views..about 100 views in less than 2 minutes.

This post is more solemn and it saddened me. There goes my day and my heart to what happened.

You can read the news by yourself and what I am going to do now is to hug my wife and tell her “I love you” when she comes home later. 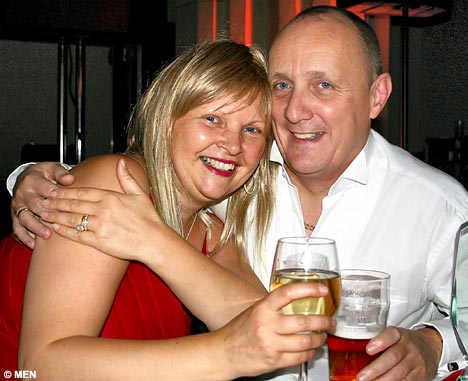 A bride died from cancer just 90 minutes after her wedding and after a desperate race against time to carry out her last wish.

Elaine Stephenson, 48, a former nurse, married her partner of 11 years Chris Johnson, 50, in a bedside ceremony.

Tragically she died just an hour and a half later with Mr Johnson and her son Ashley, 17, at her side. More…

2. New bride dies in her love’s arms during their first dance

DAVIE, Fla. – Kim Sjostrom wanted a real-life version of the film “My Big Fat Greek Wedding,” which played in the background as friends fixed her hair and makeup before her own marriage ceremony.

But less than an hour after she and Teddy Efkarpides were wed, Sjostrom crumpled in her husband’s arms during a Greek song that means “Love Me.”

At 36, Sjostrom was dead from heart disease. More…

3. NY police go on trial in 50-shot killing of groom

NEW YORK (Reuters) – New York police who killed an unarmed black man with 50 shots on his wedding day were careless and desperate to make an arrest because their vice unit was about to be disbanded, a prosecutor said on Monday.

Two officers went on trial for manslaughter and a third for reckless endangerment in the death of Sean Bell, 23, who was killed in 2006 following a bachelor party at a strip club in a case generating outrage in much of New York’s black community. More…

This entry was posted on Wednesday, March 19th, 2008 and is filed under Uncategorized. You can follow any responses to this entry through the RSS 2.0 feed. You can leave a response, or trackback from your own site.