7 Must-Know Before the Wedding Contract Kills You!!!

Announcement: To keep this FREE Article, You can Now Download right here… 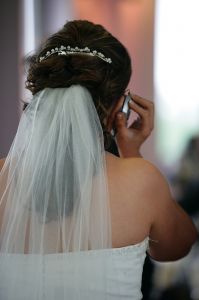 Yesterday I was speaking to one of my good friends who is getting married next year.

She will be signing up for the wedding package in one of the local hotels.

The price per table is currently at about S$800 plus.

I was going through some of the must-do stuffs with her so that she will benefit more from the contract.

These very powerful tips I am going to share with you has saved me at least S$1000 or even more.

I have this belief that hotels are there to eat us, the small consumers and thus, we have to play hard to avoid being bullied in some sense. Anyway, we are paying at least S$20,000 for our wedding banquet.

I’m sure we are already considered very mild in our negotiation compared to some corporate business managers who are so well-trained in their negotiation skills.

I do work with corporate partners before and you should see how sharp their tongues were. They were soft, graceful and gentle in their bargaining skills and the sales person attending to them had no choice but to say yes to every one of their requests.

And they always send in the Miss Pretty and Mr Handsome to do the negotiation so that they can use their physical appearance to break the wall.

Alright, let me do a quick summary of what I had told her so that you can benefit as well:

1. Whatever agreed terms that are not in the contract, please request the hotel staff attending to you to write them in the contract and counter sign.

Turn-over rate in hotel staff is high and is common to have a different coordinator attending to you after a few months have passed. I have mine changed 3 times.

Thus to avoid yourself getting into a difficulty spot to explain again, get the current hotel coordinator to counter-sign so that there will be no question ask in the future.

2. Verbally clarify any issue that you are unclear.

Don’t assume as it is. Contract is one funny piece of paper where the power of English comes into play. And only those who know the game can win.

The words may appear as they are but can have another definition, according to the hotels.

For example, if the contract states “day rental of helper’s room”, don’t assume that their day is 24 hours or as in 1 whole day. Check with them what the hotel means.

Ask close ended question like “so this means that I will get to check out the next day?”

Don’t ask “when do I check out then?”

This gives space for the coordinator to work according to his terms.

Another example, “so I will be expecting free bottle of wine for every table, right?… (without pausing) ok, let’s move on…)

Some coordinators are really new, just like wedding couples who will most probably be planning for their first time. Thus, they may not be very sure how to go about the negotiation.

4. Hotel Coordinators can give freebies if they want to

Hotel coordinators have the ability to give you freebies if they want to. Sometimes, they will always want to check with their upper management for small items like free corkages and so on.

However, sometimes I see this equal to saying “No, they don’t want to give it to you.”

However, there are times they really need to check for bigger freebies such as upgrading of rooms or saying increasing the free corkage from 10 to say 50.

5. Ask for more than what you need.

Following from point 4, hotel coordinators are given lots of space to maneuver.

They can give you the following items free:
– another helpers’ room, free corkage up to as many as you want, free one bottle of wine per table, increase of car-park coupons by another 200 per cent, express check-in services, delay check-out if there is a need, free upgrade of bridal suite, free food-tasting, another free one to two tables on wedding night.

The option is limitless and you can move around with the negotiation space as much as you want to. Again, this depends on your negotiation skill.

The bottom-line is bargain for something which requires you to pay and make it into free. This is to help you cut down the costs.

6. Bring along a friend who is a power-negotiator.

I must say my best friend is and he still is. I am still very thankful to him.

He helped alot in “being a friend” to the coordinator and building rapport. Treat the hotel coordinator really nice and friendly and joke with her.

7. Bargain more than what you need

The number one rule of bargaining is always to ask for more so that you have space to bargain down if the hotel doesn’t want to give way.

For example, let’s say you require only free corkage of 25 bottles of wine. Ask for 40 and be really confident and firm. Then, if the hotel coordinator refuses to let go, say 35 and tell her that you have done your best too. And since you have given way, it is only fair if she does similarly.

Discuss this in our Romance-Fire Wedding Forums.

This entry was posted on Tuesday, July 24th, 2007 and is filed under Wedding Planning Advice. You can follow any responses to this entry through the RSS 2.0 feed. You can leave a response, or trackback from your own site.