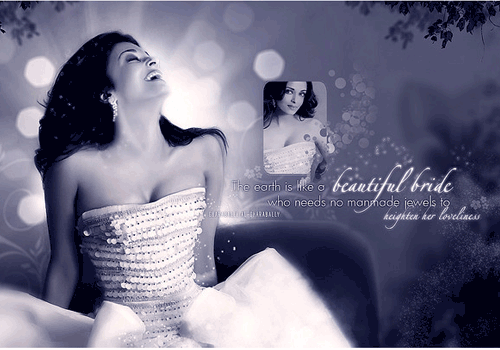 The wedding dress has been a focal point of almost any wedding for almost four hundred years. Besides being a design that would make the bride look pure and angelic, the wedding dress was often more than just a beautiful decoration when you consider the superstitions that surround it.

Initially, the bridal gown was a symbol of the bride’s purity and suitability as a wife and bearer of the groom’s children. The union of two people was often considered a union of two families for economic reasons or to build political strength. With those underlying motivations and the superstitions around almost every aspect of the bride’s wedding gown, most weddings conducted in some early ceremonies from a few centuries back were strictly crafted to accomplish much more than joining two people in love.

Queen Victoria is largely responsible for the popularity of the white wedding gown. When she married Prince Albert in 1840, she wore the first white wedding dress and started a tradition that endures today. A few years later, Empress Eugenie married Napoleon III and created worldwide style with her high fashion and love of regal finery. The elegant and high-style wedding gowns worn today can be traced back to Empress Eugenie.

Omens and deep superstitions have surrounded weddings and wedding dresses for many centuries and some remnants have survived and become staples in today’s ceremonies.

One conviction that didn’t survive the passing of time, is the belief that the bride should not make her own wedding dress. In fact, the last stitch would not be sewn until just before she entered the church for the ceremony. If the bride tried on her wedding finery before the wedding day, she would be accused of “counting her chickens before they hatched.”

In the late 1500’s bows or love knots resembling a figure eight covered the bride’s dress. The symbol represented infinity or eternal love between the couple getting married. After the wedding, guests would snip off a love knot to keep as souvenirs.

The colors the bride wore during early weddings were believed to foretell either a happy life with a loving husband and healthy children or several disasters that would make a future life miserable. One of the problems of the time was the lack of modern medicine and any omen could be determined to cause either bad health or bad luck.

Brides in 1800 would often add blue to their wedding dress to associate their ceremony with the Virgin Mary and strengthen the symbol of purity. Sparkling blue sapphire engagement rings were believed to promote fidelity and eternal love. To this day, “something blue” is still traditional.

Pink was a popular color for May weddings and complementary to young complexions. However, wedding superstition considered it to be very unlucky. In fact, the saying was, “Marry in pink and your fortunes will sink.” A related color, red, was considered by Victorian women to refer to hussies and scarlet women.

Green might have been the most unpopular color for wedding attire. Green was considered the color of fairies and calling attention of the fairies to the wedding was sure to bring bad luck and maybe cause rain to spoil the day’s activities.

“Marry in brown and you will live out of town,” made that color taboo at weddings. City living was considered elegant and “upper crust” by many. Living in the country rather than in a town or city would brand the couple as “hicks” who would never be successful in the city.

The popularity of yellow has risen and fallen according to the times. It was very popular for wedding dresses in the late 1700’s. Prior to that, wearing yellow in church for any reason was considered unholy and connected to heathens, non-Christians.

Brides in lower economic classes often got married in gray because the gown could be worn again as their Sunday best. If the brides were domestics, their employers would provide them with a new gray dress every year.

Wedding superstitions have survived centuries in one form or another and can still be seen if you know what to look for.

This entry was posted on Wednesday, March 30th, 2011 and is filed under Wedding Gowns. You can follow any responses to this entry through the RSS 2.0 feed. You can leave a response, or trackback from your own site.