Loving At the Expense of Others

Last Friday, when I was on a bus going home, I saw this middle-aged lady boarding the bus and standing still when she reached the first empty seat (the first seat nearest to the bus’ entrance) 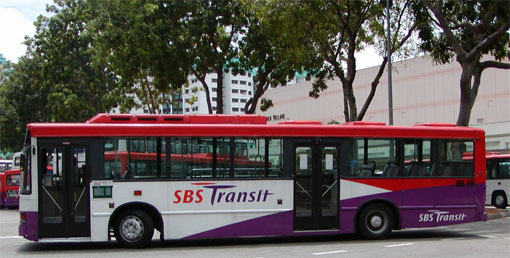 She was completely blocking the aisle. It was peak hour time and the bus stop was jam-packed with people wanting to board the bus.

This lady was standing in the way of others. Among the first few to have boarded the bus, she was preventing about 20 more people who wanted to board the bus.

A young lady behind this lady asked if she can move on so that others can board the bus. But this middle-aged lady snarled at her.

The middle-aged lady quickly put her bag on this empty seat and anxiously looked out of the window as if locating somebody, indifferent to the crowd of peple stuck at the bus’ entrance.

The young lady, given no choice, pushed her way through and accidentally hit the middle-aged lady who very quickly remarked that she was extremely rude to squeeze her way through.

How do you expect the young lady to move to the end of the bus when an elephant this blocking an aisle that can hardly fit a boar?

Later when a middle-aged man boarded the bus, this middle-aged lady hastily and dutifully move into the seat nearer to the window and allowing space for the man to go in. And she shut her eyes to rest.

It was as if nothing happened!!!

It appeared to me that this man seemed to be her husband. And is this how the wife defines “love to her husband” at the expense of delaying passengers from boarding the bus?

Can we justify that what the wife did was right because “she loves him so much”?

Although four days had passed, I still feel that what the wife did was not right though she was doing something “loving” for her husband.

I wonder what else could she do. What do you think?

This entry was posted on Monday, March 12th, 2007 and is filed under Uncategorized. You can follow any responses to this entry through the RSS 2.0 feed. You can leave a response, or trackback from your own site.